Being an author, it’s amus­ing to see the type of feed­back you get on your books, espe­cially your char­ac­ters. Sins & Nee­dles has been get­ting some pretty var­ied feed­back, some of it which has me scratch­ing my head. Look, obvi­ously peo­ple see things dif­fer­ently and have dif­fer­ent inter­pre­ta­tions of what they read. But from where I’m sit­ting, a lot of peo­ple have the same interpretation…and it’s kind of disheartening.

What am I talk­ing about here? My main char­ac­ter, Ellie Watt. She’s a real con artist. A liar, a thief, self­ish and inse­cure. She’s single-minded and holds grudges. She’s had a tough life and uses that as jus­ti­fi­ca­tion for what she does. Do I con­done her actions? Hell no. Do I think she has a lot of issues to sort through, that she needs to let some things go? Hell yes. But, I mean, come on…she’s not a drug run­ner, she’s not kid­nap­ping peo­ple and sell­ing them into slav­ery, she’s not phys­i­cally abu­sive, she’s not rap­ing any­body, she’s not cheat­ing on loved ones.

And yet, quite a few women HATE her. I see their updates, their reviews…they can’t stand her, they don’t get her, they don’t give a shit if she’s had a tough life. And this is all because she’s a crim­i­nal. I have never in my life seen peo­ple get so worked up over a char­ac­ter before. Women are freak­ing LIVID over Ellie Watt.

AND YET if Ellie were a man, women wouldn’t say shit. Look at all your heroes these days: you have cheaters, abusers, killers, kid­nap­pers, rapists…women go nuts for these men, yet you make your FEMALE char­ac­ter a con artist and OH NO that’s the last straw.

If Ellie Watt were a hunky, hot man no one would com­plain. All would be forgiven.

And that’s the hon­est and sad truth. Women, whether it be in fic­tion or in real life, are so god damn nasty and judge­men­tal to each other. I’m not talk­ing about this book specif­i­cally, but just every­where. Blogs, the media, movies, TV shows, even in books. Women can be down­right cruel.

Am I a fem­i­nist? No. Not by a long shot. I remove myself from any sort of fem­i­nist move­ment, just like I remove myself from veg­an­ism or chris­tian­ity or any­thing really extreme. I’m a mid­dle ground type of per­son. I like clean eat­ing, but I eat meat. I believe in God but I don’t go to church. I am all for women’s rights but I still think a man should be a man and hold the doors open for us.

And I believe that women should learn to be a hell of a lot nicer to each other.

This hatred of how a female can be so manip­u­la­tive and self­ish is com­pletely justified…providing that a man would get the same treat­ment in that sit­u­a­tion. But for the most part they don’t. It’s kind of like when you have a boss who’s a woman…the minute she acts harsh and author­i­ta­tive, she’s labeled a BITCH. But the minute a man does the same, he’s called powerful.

I mean, look at Javier. With­out spoil­ing too much, he freak­ing kills some­one in cold blood…and yet women still like him. Could you imag­ine the out­cry if a woman did the same?

This hatred goes so far, that even Ellie’s own per­sonal redemp­tion is over­looked. She sac­ri­fices her­self at the end of the story and I’ve seen peo­ple say that was really self­ish of her…I’m sorry, but what?…hoooooooooow did you come to that con­clu­sion? 0_0

I’m always going to write char­ac­ters that are real and flawed, peo­ple that read­ers won’t nec­es­sar­ily like.  It’s just what I do and I’m not immune to con­tro­versy. But if bad boys get all the love, why not bad girls? Why can’t read­ers find the redeemable qual­i­ties in a bad girl if they can do the same for a boy?

I know this is just a fact of life, but it doesn’t have to be. The world be a lot bet­ter if women could be nicer to each other, more com­pas­sion­ate and sup­port­ive, instead of view­ing each other as the enemy. I know it’s kind of the way we are, and I’ve been guilty of this too, but we deserve to treat each other better…fiction or not. 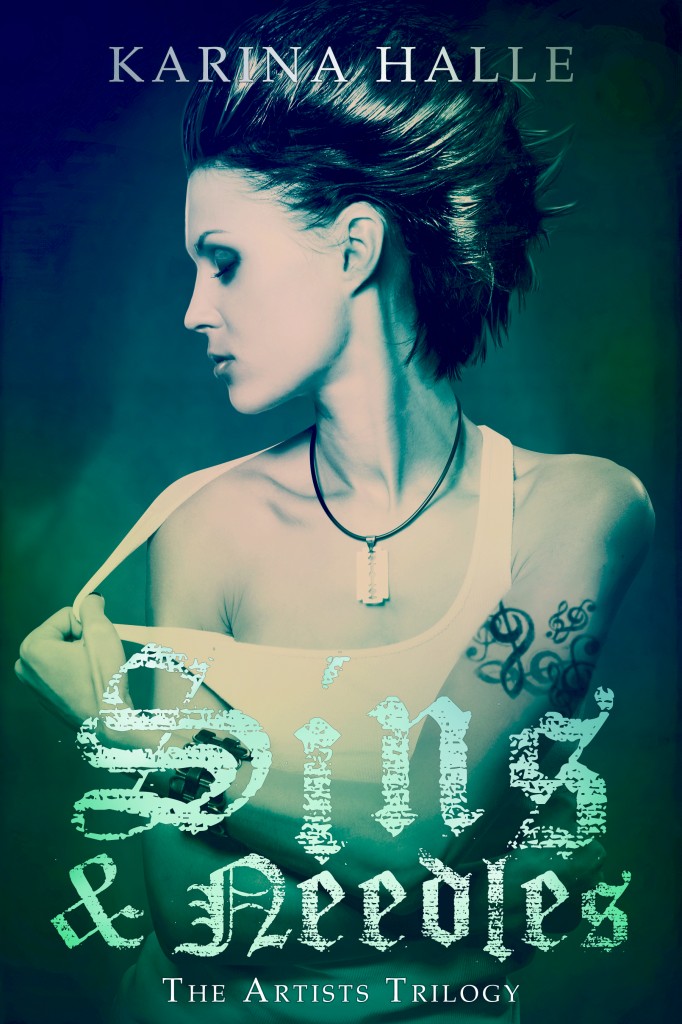