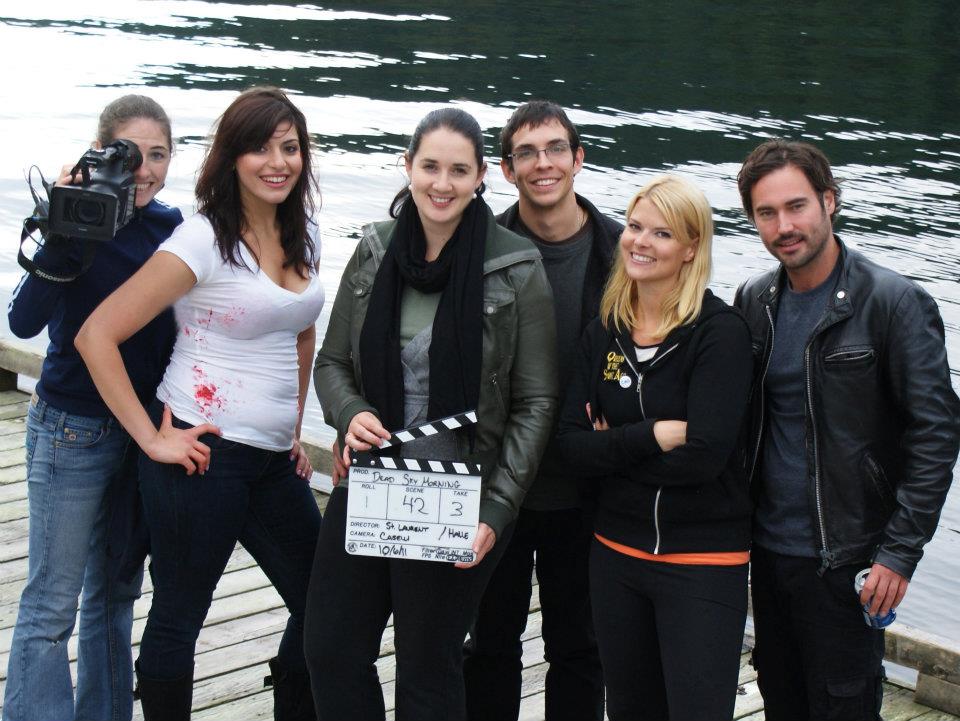 I’ve decided to make an elab­o­rate book trailer for my third Exper­i­ment in Ter­ror book, Dead Sky Morn­ing, which was com­ing out in Octo­ber. I enlist my good friends to help me. Mol­lie, who lives and works in LA in film, Kelly who is doing her Mas­ters of Film Stud­ies at UBC, her hubby Alex who would fill in as a grip, my friend Talar who is an actress (and the face of Perry on ear­lier covers/trailers) and .…

Well, we had Perry. But we didn’t have a Dex. So I put an add out on Craigslist that said this:

Actor needed for short indie film. Two shoot­ing days. Must be 5’8″ and above, will­ing to grow facial hair. Cau­casian, dark eyes and hair. Role is a snarky, manic pro­ducer in his early 30’s.

My sec­ond reply to this ad, maybe an hour after it went live, was this: I saw your ad. I just moved here from Mon­treal and this is just the kind of thing I would like to get involved in.  I am expe­ri­enced with per­form­ing live with a band for what it is worth, and I have taken act­ing classes, but a pro­fes­sional actor I am not. I seem to fit the phys­i­cal description,perhaps we could meet and see if I could be a good fit.  I will not attatch my C.V unless being a his­tory in the rail­way is an asset to you.

And he attached THIS photo. And my heart nearly stopped: 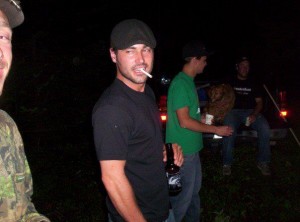 And so I was like, you’re it man. I don’t even care if you can act, you are going in my book trailer. Send me more pictures!

And HE said, “I don’t have many more, but you’ll get a bet­ter idea when you see the goods in person.”

So we met. And though I was at the end of nice but fairly unhappy rela­tion­ship, I met Scott and it was love at first sight. Look. I’m not a roman­tic. I don’t believe in that kinda shit. Except now I do. Because it hap­pened. I can’t explain it, but the moment I met this man (this bad boy, cocky, tat­ted man who sings in a band, swoon), I was a goner. 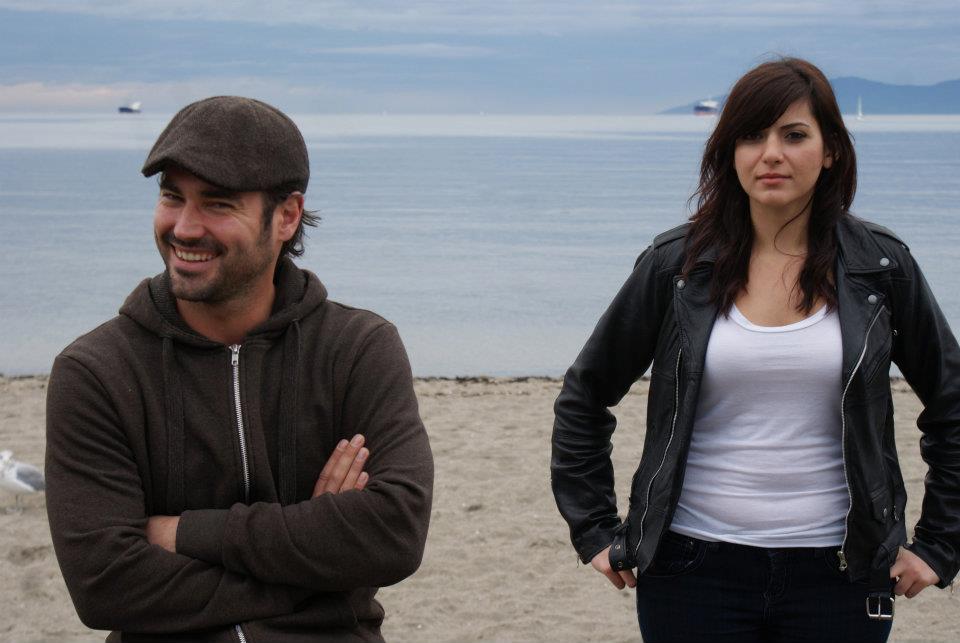 So things got rocky for awhile. For obvi­ous rea­sons. I wanted to be with Scott and it just didn’t seem pos­si­ble. I just ended a long-term rela­tion­ship. He was new in town. He couldn’t really act in the end (LOL!). Almost every­one thought I was crazy for tak­ing a chance on this man I barely knew. But what can I say except that when you KNOW, you fuck­ing know. 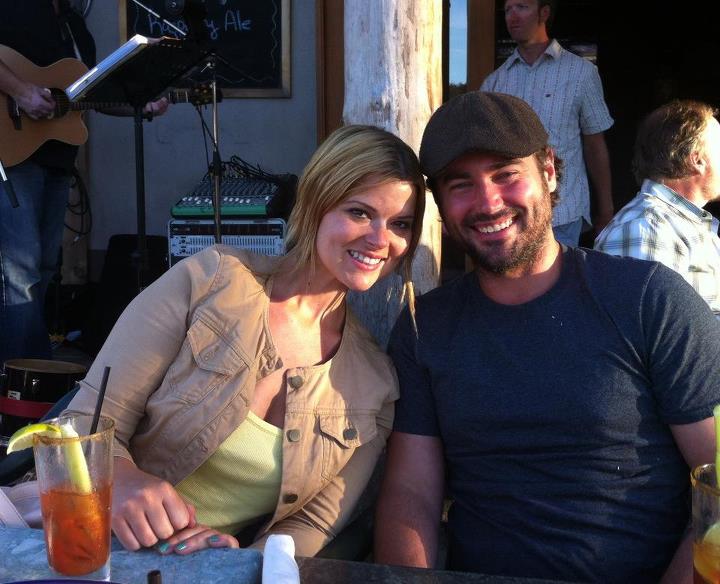 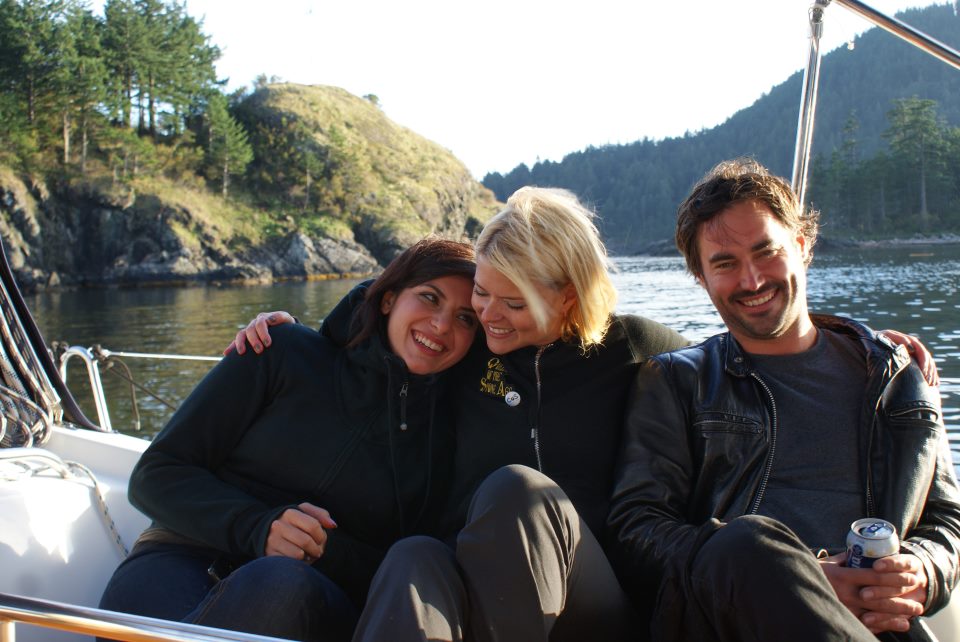 A year and a half later, we’re liv­ing together on an island, in a cute house. He’s open­ing up his own busi­ness here (in a week!). I’m writ­ing full-time and just signed a pub­lish­ing deal. Things are awesome.

We go to the main­land for the week­end to see Soundgar­den. The next day, we go get tat­toos. I chose an anchor because Perry Palomino gets an anchor tat­too in an upcom­ing book. Because Scott is MY anchor. Because we bonded over our love of boats and sail­ing. And Scott decided to get a tat­too to match. 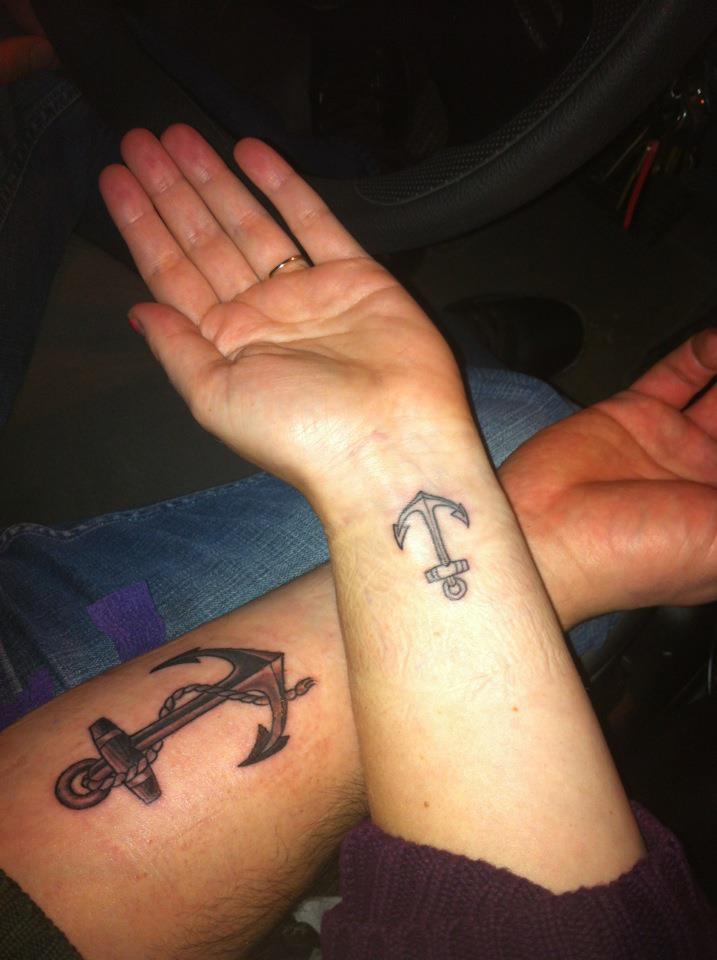 It didn’t mat­ter that yes­ter­day, when it hap­pened, I was a bit hun­gover from Soundgar­den, I had this killer cold/flu ill­ness that was ruin­ing me, and I was still need­ing to edit my lat­est book. But hey, we had tat­toos now,matching, to anchor us for­ever (tat­toos are per­ma­nent ha ha).

And then later, he says to me “Let’s go to Granville Island” and I was like, “NO, I’m sick. You go and I’ll hang around here.” But then his face looked really sad and I was like, “Ok fine I’ll go with you.”

Then my mom calls, sound­ing really happy, for no rea­son. But I didn’t think any­thing of it.

So we go to Granville Island — even though I’m sick as hell and it’s dark and night and cold — and he’s like, lets go for a walk. And I’m like ARE YOU FUCKING KIDDING ME?! Torture!

And, still, I don’t think this is odd. I’m so self-absorbed and grum­bling to myself about how sick I am and why does he want to go for a walk now. And he’s talk­ing about “let’s go to the spot where we had our first date. You said in an inter­view that it was your favorite view in the city of Van­cou­ver” (I did say that, HERE). And I’m like, “fii­i­i­i­i­i­i­ine.” *cough­ing up a lung*

So we go to the spot. And he gets down on one knee. And presents me with the beau­ti­ful ring of his grand­mother, Pat. She had just passed on Xmas Eve, Scott was with her. It was a tough hol­i­day sea­son because of that. She was such a won­der­ful lady. She and her hus­band John, had the most won­der­ful romance until the very end. And John gave the ring to Scott a few days after she passed, to give to me.

I am so touched and hon­ored by this, you have no idea. Not only to become Scott’s wife, but to wear such a beau­ti­ful ring (vin­tage, too, from the 1940’s) that rep­re­sents real, true love. 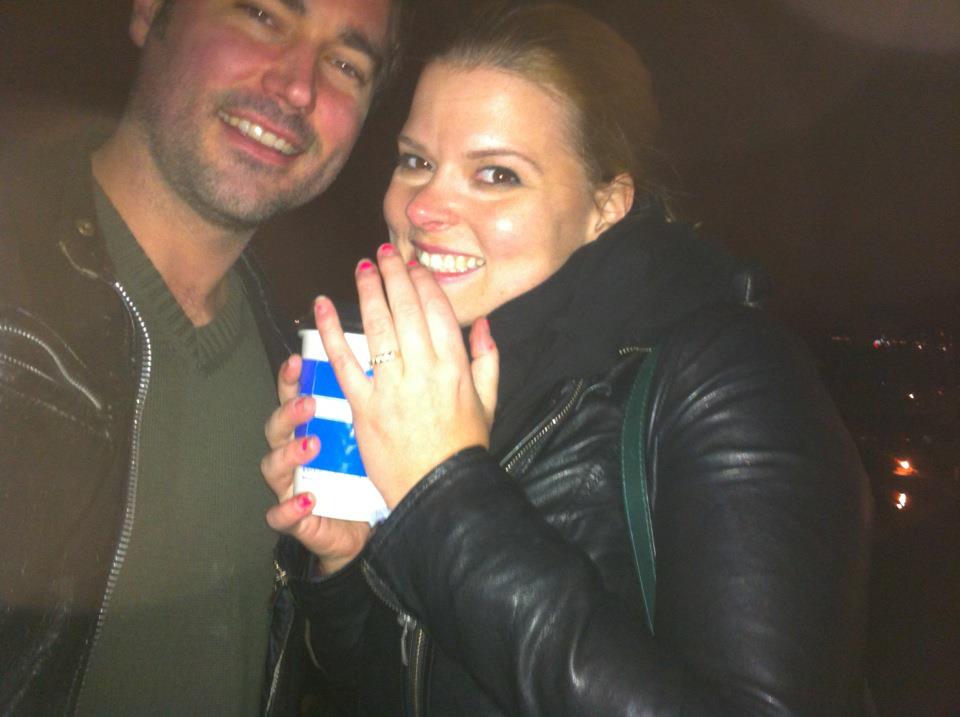 Oh, and why did my mom sound so happy when she called? Well, being the very tra­di­tional, manly man that Scott is, he called up my father and asked him for per­mis­sion. He wanted to do it in April, when he could see my dad face to face, but…I guess he couldn’t wait

So that’s my story. In 2009, I wrote a book called Dark­house, about a pas­sion­ate, funny and swoony guy called Dex. I never had my Dex at the time but even­tu­ally, my real life Dex showed up. And he’s bet­ter than ANY fic­tional char­ac­ter that I could ever cre­ate. And I’m very happy to spend­ing the rest of my life with him. 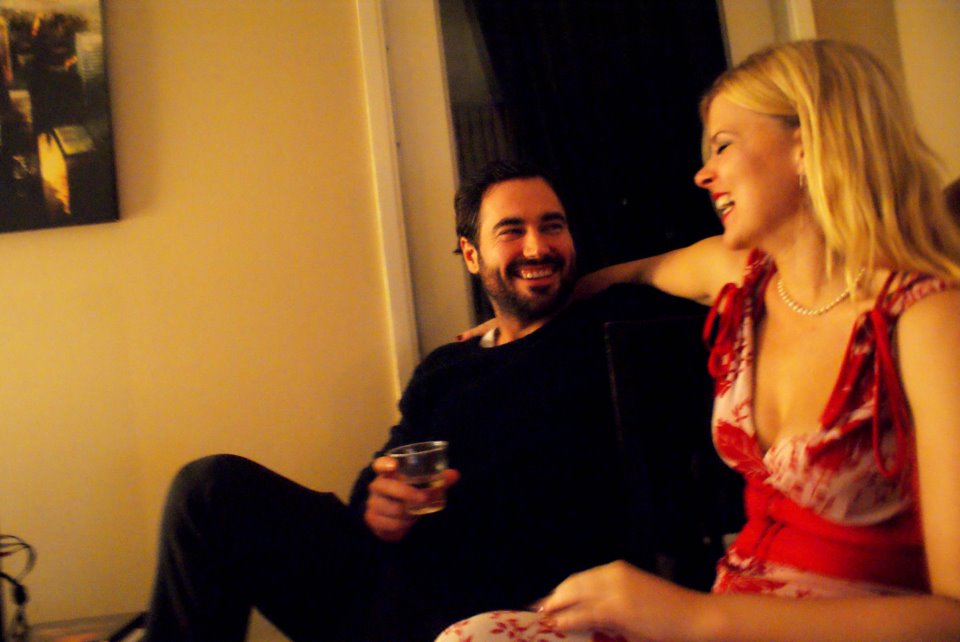