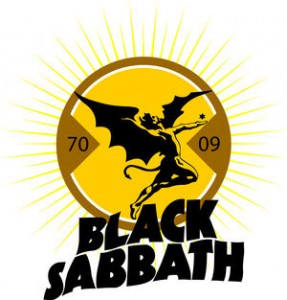 Here’s another teaser from the upcom­ing The Devil’s Metal — to be released end of September.

But first some infor­ma­tion for the newcomers:

The Devils’s Metal is a new adult hor­ror romance. What’s new adult? It’s a new genre that deals with 20-somethings. In col­lege, post college…those years. Same per­sonal fla­vor as YA, but with much more mature themes. The Devil’s Metal is part one of a two book series, the sequel com­ing out next year — The Devil’s Reprise. Also a chance for a Sage POV in the mid­dle because boy does this man have a wicked story to tell.

Blurb: It’s the sum­mer of 1974 and 21-year old Dawn Emer­son has only three things she wants to do: com­pete one last time in the Ellens­burg Rodeo, win back her ex-boyfriend Ryan, and become the best damn music jour­nal­ist at Cen­tral Wash­ing­ton Uni­ver­sity. But all her plans are left in the dust when she’s con­tacted by Creem mag­a­zine to go on the road with one of her favorite groups, the up-and-coming metal band, Hybrid.

At first the assign­ment reads like a dream come true. Not only will Dawn land some much-needed cred­i­bil­ity as a female music jour­nal­ist, but she’ll finally get to expe­ri­ence life from the other side of the stage, and maybe crack the drunken, enig­matic code that is gui­tarist Sage Knightly. Instead, Dawn finds her­self on an aging tour bus filled with ego-maniacs, band pol­i­tics and a whole lot of sex, drugs and rock n’ roll. When mon­sters start show­ing up in dress­ing rooms and some of Sage’s groupies become increas­ingly strange and dan­ger­ous, Dawn dis­cov­ers the band is not only going places – they’re going straight to Hell.

And Dawn has a back­stage pass. 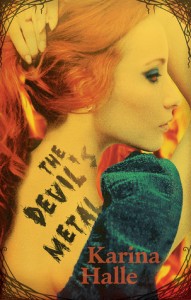 Teaser (UNEDITED — may change prior to publication):

But try as I did, I could not keep my eyes off of Sage Knightly. I just couldn’t help myself. See­ing this man on stage was like watch­ing a lion prowl along the crest of his king­dom. He com­manded respect even when he was seated on his chair with only an acoustic gui­tar at his fin­gers and when he got up, the Mex­i­can tex­tile strap strain­ing against his neck, every eye in the crowd fol­lowed his every stride. Nor­mally Sage was a back­ground fig­ure, qui­etly com­man­deer­ing the direc­tion of the show, but tonight, with Rob­bie sub­dued, Sage became the star. With­out a doubt you knew this was the man who made Hybrid what they were.

I watched as his long fin­gers expertly picked along to com­plex and haunt­ing solos. I watched the inten­sity in his eyes as they stared off into the crowd, call­ing on his tal­ent from some­where. I watched his tall frame, his large, rounded shoul­ders muscling into the heav­ier chords. I watched his flip-flopped feet tap­ping to some inter­nal metronome.

And I watched a faint shiver roll through his body. His eyes snapped away from watch­ing Rob­bie belt out “She Could Have Loved Me” and his vision made a bee­line to the front of the stage. There, squished up along the bar­ri­cade, was a strangely famil­iar look­ing woman: Long white hair, pale face, fever­ishly gleam­ing eyes. As beau­ti­ful as she was, she gave off an immense feel­ing of dread that gripped my bones. Sage watched her as if hyp­no­tized. The woman smiled up at him.

And in that smile I saw fangs. Her face trans­formed dis­turbingly with black holes for eyes, an elon­gated, wrin­kled face of yellow-white, a wide gap­ing hole for a mouth, teeth pro­trud­ing. A long tongue slide out, crawl­ing with quiv­er­ing insects. It licked its absence of lips, curled del­i­cately along peel­ing skin. I heard noises deep inside my head, the buzzing of bees, painful wails, hor­rific chants that built up to immea­sur­able vol­umes. I felt hor­ror, a ter­ror so com­plete that I had one thought: I was going to die there on the stage. I was going to lose my soul.

I was going to Hell.