I have a new book com­ing out soon. 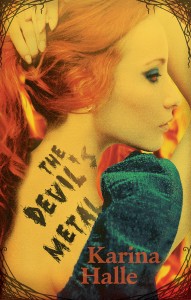 It’s the sum­mer of 1974 and 21-year old Dawn Emer­son has only three things she wants to do: com­pete one last time in the Ellens­burg Rodeo, win back her ex-boyfriend Ryan, and become the best damn music jour­nal­ist at Cen­tral Wash­ing­ton Uni­ver­sity. But all her plans are left in the dust when she’s con­tacted by Creem mag­a­zine to go on the road with one of her favorite groups, the up-and-coming metal band, Hybrid.

At first the assign­ment reads like a dream come true. Not only will Dawn land some much-needed cred­i­bil­ity as a female music jour­nal­ist, but she’ll finally get to expe­ri­ence life from the other side of the stage, and maybe crack the drunken, enig­matic code that is gui­tarist Sage Knightly. Instead, Dawn finds her­self on an aging tour bus filled with ego-maniacs, band pol­i­tics and a whole lot of sex, drugs and rock n’ roll. When mon­sters start show­ing up in dress­ing rooms and some of Sage’s groupies become increas­ingly strange and dan­ger­ous, Dawn dis­cov­ers the band is not only going places – they’re going straight to Hell.

And Dawn has a back­stage pass.

The Devil’s Metal is the first book in a two-part New Adult Horror/Paranormal Romance and very (very!) loosely based on the author’s exploits as a music jour­nal­ist. Hell comes in dif­fer­ent forms